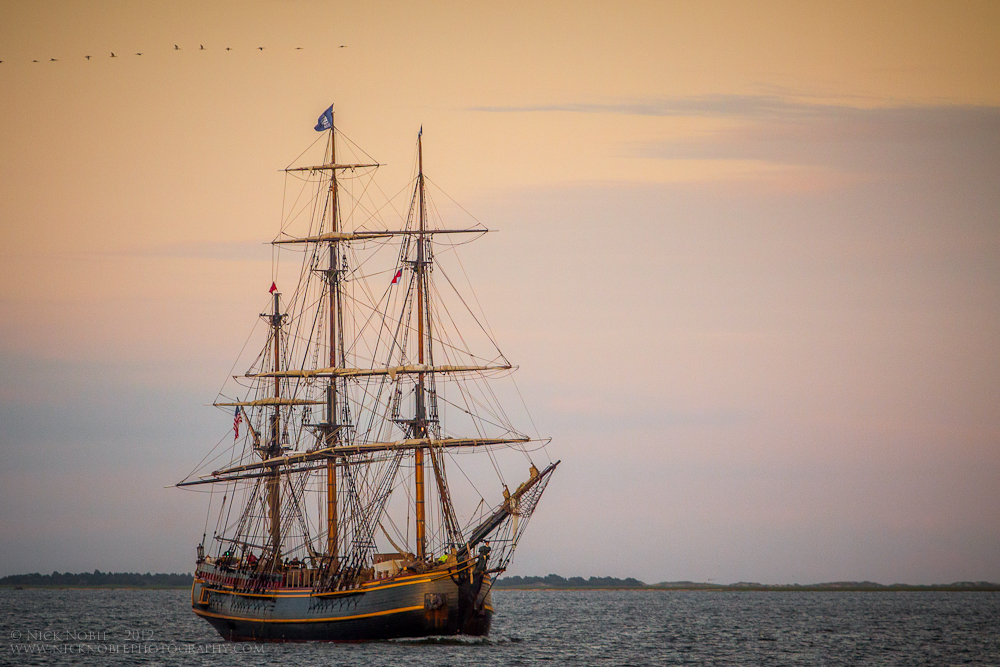 “The HMS Bounty is one of the most famous ships in the world. Known for the storied mutiny that took place in Tahiti in 1789 on board the British transport vessel, the current Bounty, a replica, has survived to tell the tale. Built for the 1962 movie “Mutiny on the Bounty” with Marlon Brando, HMS Bounty sails the country offering dockside tours in which one can learn about the history and details of sailing vessels from a lost and romanticized time in maritime history. Since her debut in “Mutiny on the Bounty”, HMS Bounty has appeared in many documentaries and featured films such as the Edinburgh Trader in Pirates of the Caribbean Dead Mans Chest with Johnny Depp. ”  From the Bounty website Tallshipbounty.org

This entry was posted in Brunswick County.